India’s climate tech revolution is starting in its villages

From solar powered irrigation to handheld crop sensors, climate-smart villages are springing up across Gujarat, Haryana, Punjab and other states

Editors Note: This story was originally published in The Guardian online on October 12th, 2015. It is reposted here with the permission of the author.

Camels pulling wooden carts loaded with coconuts plod down the main road amid speeding motorcycles, buses, rickshaws and cars. Farmers sit atop slow-moving oxcarts loaded with grasses and other cattle feed. In this region of central Gujarat, India, it appears that rural life has not changed for decades.

But drive down a dirt road outside the village of Thamna, about an hour north of Anand, and the 21st century comes into view. Solar panels drive a water pump that irrigates the fields of farmer Raman Bhai Parmar, 65, who grows bananas, rice and wheat on seven acres of land. 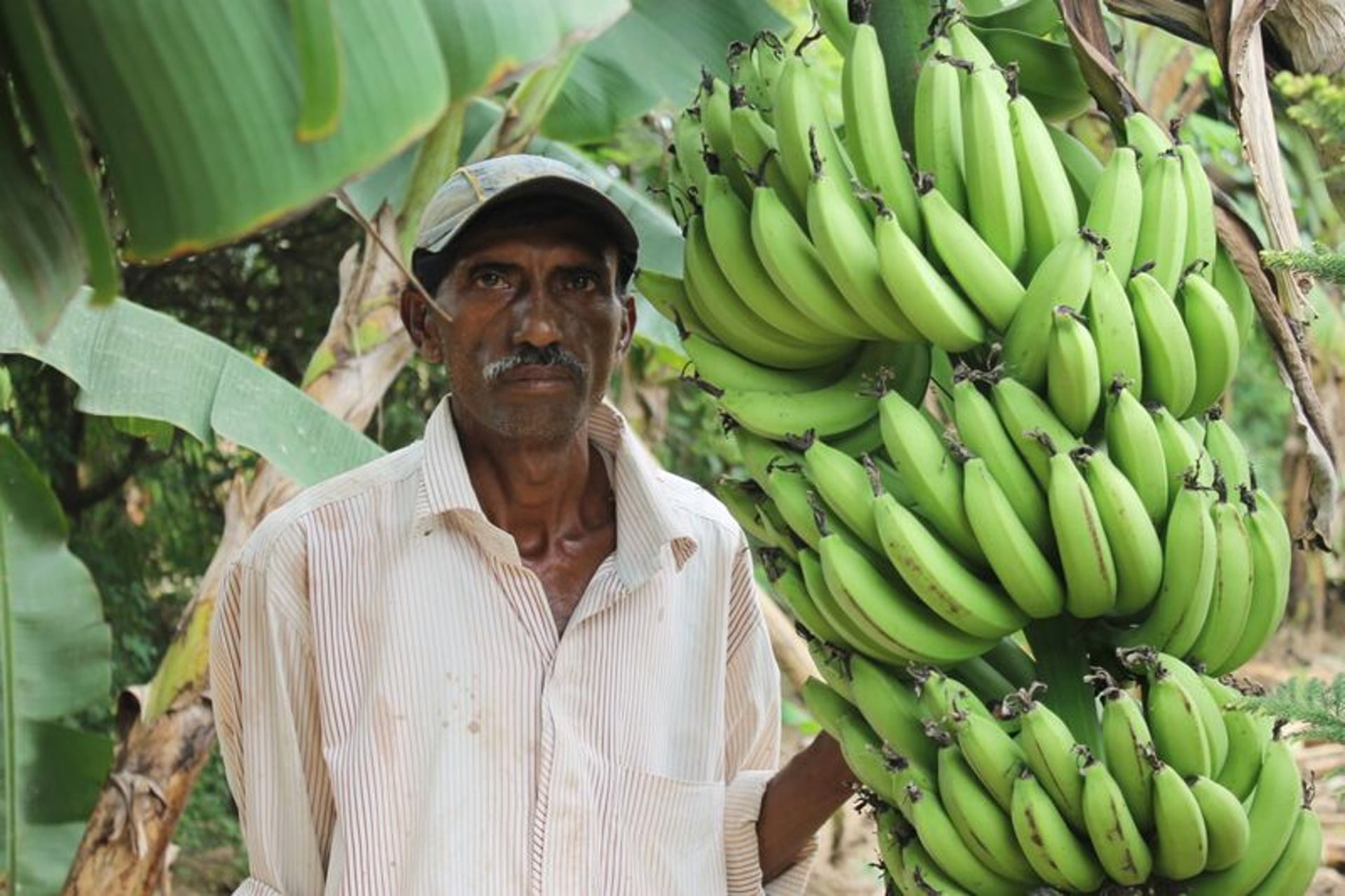 Parmar’s solar energy pump is one of the technologies being promoted by a new project designed to help rural Indians adapt to climate change. The project, run by the international NGO, the Consultative Group for International Agriculture Research programme on climate change, agriculture and food security (CCAFS), aims to create 1,000 so-called climate smart villages across six Indian states including Haryana, Punjab and Gujarat.

Haryana and Punjab are known as the grain basket states of India, producing the majority of the country’s staple wheat and basmati rice for export to the Middle East and European markets. The pumping of groundwater for irrigation over the past thirty years has led to a spike in productivity and increased food security.

However, the region faces increases in temperature up to 5C by 2080 and wheat is particularly vulnerable to heat stress. A recent study by the Indian Agricultural Research Institute indicates that climate change may reduce wheat yields in India between 6% and 23% by 2050. Environmental problems such as depleting groundwater and variable rains – delayed monsoons and intense rainfall – limit yields. Indian farmers also typically use almost twice the amount of fertiliser needed, damaging soil, contaminating groundwater and adding to greenhouse gas emissions.

For rural communities in Haryana and Punjab the issue now is how to meet these new challenges, introduce more sustainable practices of farming and still increase yields and profits.

See the original article on The Guardian

Lisa Palmer is a freelance journalist and a fellow at the National Socio – Environmental Synthesis Center (SESYNC) in Annapolis, Md. She reports on energy, climate change, the environment, and sustainable business for publications such as Slate, Scientific American, and The Guardian. Travel for this story was funded by the Pulitzer Center on Crisis Reporting.

Have a story on how the landscape approach helped your community? Share it today!

More From Lisa Palmer
More In Asia In the News in Landscapes Around the World, Staying Current
Previous

Field Diary of Cocoa and Conservation in Bantaeng, Indonesia