You have probably read an article or two (or more) about how climate change is going to be the end of chocolate.

Compounded by potential losses of our other favorite indulgences – coffee and wine – this is nothing short of tragic. But what these articles don’t really discuss is what happens to the farmers who grow these valuable export crops. Studies documenting how climate change affects rural people generally point out that they’re likely to lose income, and that women are particularly at risk of experiencing negative effects. But not everything is about money, and not all women are in the same boat. The coarse resolution at which poverty and gender are often treated means we may get a skewed picture of who is actually vulnerable to climate change and for what reasons.

This post originally appeared on My Munchable Musings, the personal blog of author Rachel Friedman, founding editor of the Blog for People, Food and Nature.

Back in 2014, I was working on surviving my MPhil degree, and reveling in the joys of fieldwork. From June to September, I was in the Central Region of Ghana, chatting with women in cocoa farming communities about their lives, their work, and the stresses they face. The idea was to get a sense from past experiences of “weather events” – the usual droughts and floods, mostly – in order to get an idea of how climate change could alter the lives of these farmers in the future. While the dissertation may have long since been done and dusted, one piece has lingered in the shadows. After 2.5 years since its first draft, some of the insights from this project finally made it through the peer-review process to see the light of day!:

It’s a bit off-point from the usual ecology fare (or maybe that’s not so usual these days…). The idea of our little study was to get a better sense of who among cocoa farmers is vulnerable to climate change and how. While by no means the definitive works, the paper describes how women involved in producing cacao are vulnerable in different ways. Because I’ve been told it’s acceptable to celebrate your first first-authored paper, I’m unabashedly taking this time to share the highlights.

First off, why cacao? Besides the logical reason of its being the precursor to chocolate, cacao is an interesting case in a changing climate. A bit of a “Goldilocks” crop – it is best suit to a limited area around the globe – it needs certain amounts of rain, a tight temperature range, and both these things at the right times. So shifts in climate may have severe consequences for cacao crops. One finding from the study was that women who own cacao farms may become more exposed to adverse weather conditions – merely because the crop is particularly finicky – in comparison to those women who don’t and grow a range of vegetables and starchy staples that have different optimal growing conditions. 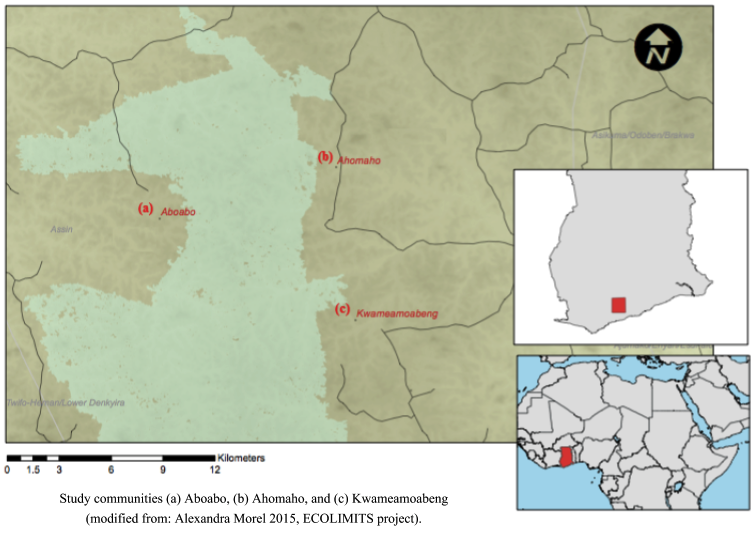 But that’s where the relative benefits of not owning cacao seem to end. Farmers are very much like investors – they diversify their portfolios of activities to reduce their sensitivities to any single unfortunate event. Cacao can be a highly profitable cash crop, and the women I spoke with who managed their own cacao had more disposable income and independence to take up a variety of income streams. They could spread their nest eggs across many baskets. Independence was not just about finances, though. The confidence and sense of empowerment that came along with owning cacao differed considerably from the pessimism and hopelessness expressed by many of the women who did not. Someone must have said that “success is a state of mind”, and while tangible resources do help, having a proactive attitude can make all the difference in responding and adapting to challenges, not the least of which is climate change.

Last of all, while not explicitly part of the analysis, I did notice a strong tendency for women with cacao to point out the importance of ecological stewardship. Perhaps because it is harder for women generally to obtain fertilisers and pesticides used in cacao production; perhaps because many also cultivate the veg that they then feed to their families (and who wouldn’t want to feed their kids safe and nutritious food?); or perhaps it’s because many have inherited land after farming all their lives and building up knowledge of ecology over time, rather than receiving agricultural extension training focused on technology and inputs (also largely unavailable for women). Perhaps that is a question for another research project! 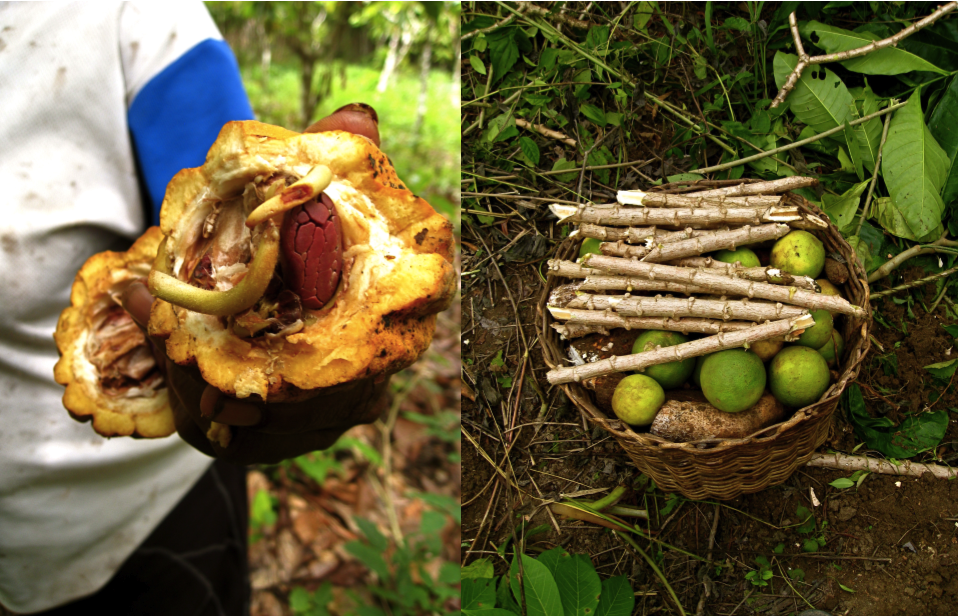 Couldn’t have managed without Auntie Fausti, who looked out for us while Homaho!

Unfortunately, none of this solves our chocolate predicament. But hopefully it’s a step toward more nuanced ideas for helping farmers face the current and pending climate changes.

Vulnerability of Ghanaian women cocoa farmers to climate change: A typology. Climate and Development. doi: 10.1080/17565529.2018.1442806
More From Rachel Friedman
More In From Others in Exploring the Evidence
Previous

Landscapes, territories and the challenge of merging socio-ecological and socio-political strategies for sustainable development

Developing Analysis with the Decisionmaking Scale in Mind